For many years Minnesota’s equivalent to Coney Island was the Excelsior Amusement Park, located on the west end of the Twin Cities metro area. While neither the first nor the last amusement park in the Minneapolis/St. Paul area of Minnesota, Excelsior Amusement Park had a run that lasted 49 years. Over the years, The Park catered to families by offering ease of access via public transit, exciting rides for kids of all ages, picnic areas for family gatherings, and entertainment acts that captivated everyone’s attention.

Fred W. Pearce built, owned and operated the new park when it opened in 1925. He was part of the movement to expand the amusement park concept westward after the success out east. The local streetcar company, Twin Cities Rapid Transit Company (TCRT) leased 1600 feet of lakefront, including 10 acres of swampland, to Fred Pearce on a 20-year lease. Fred Pearce as owner of the Excelsior Park Company purchased the land outright in the 1930s, but the rail line would continue to operate as one of the main modes of transportation for the park.

The Park opened on May 30, 1925 with 20,000 visitors and operated Memorial Day through Labor Day. The first rides at the park included:

In the 1930s, the park started offering special free attractions to entice families to return and enjoy the park even though money might be tight. Entertainment acts included:

Peak use and attendance came during the 1940s and 1950s. Despite losing many men as employees during the war years, the park stayed active and profitable. Beginning in 1943, Excelsior Park hosted a number of beauty pageants, including the state contests for the Miss America and later the Miss USA pageants.

In the 1970s several elements converged to force the closure of the park. It could not expand in the area to include more rides or parking and rising taxes and land values made the area land prime real estate for bigger revenues.The Park’s final season ended on September 16, 1973. 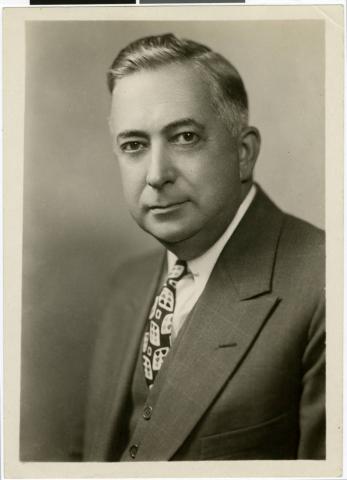 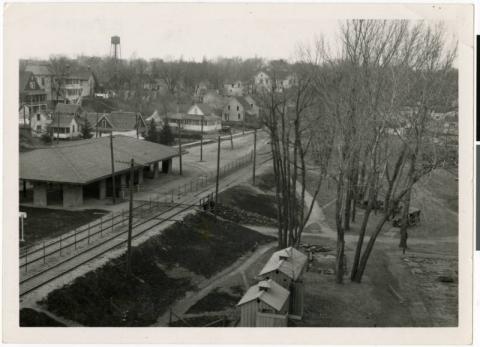 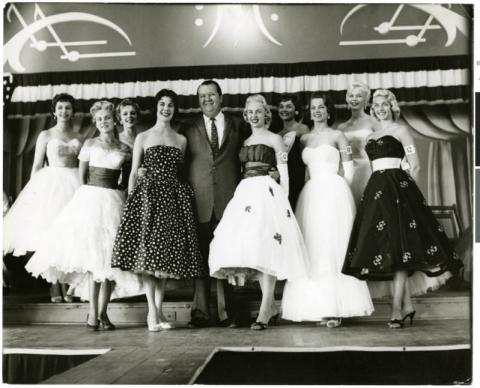 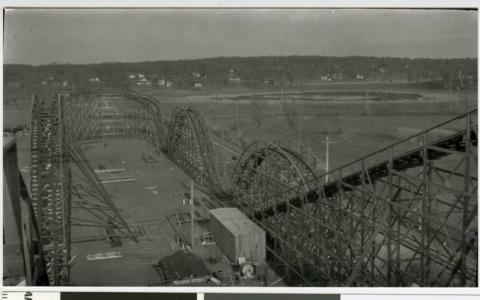 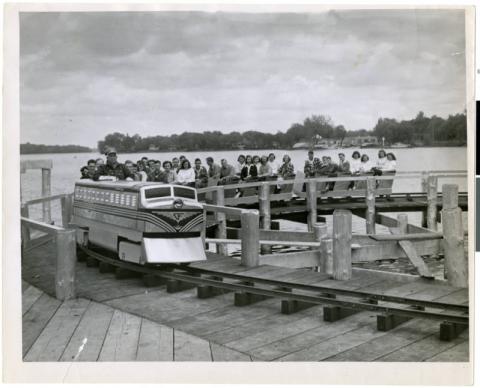 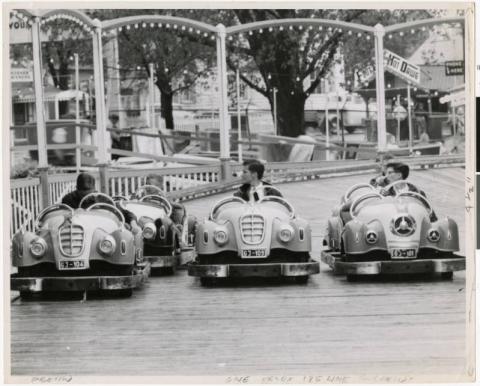 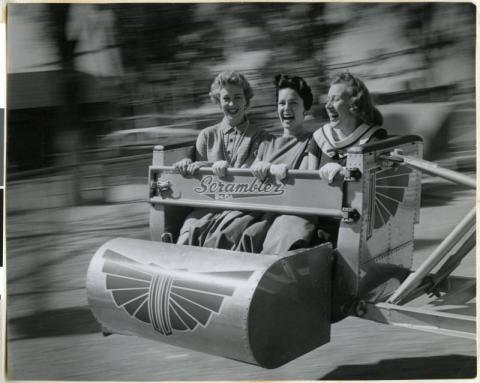 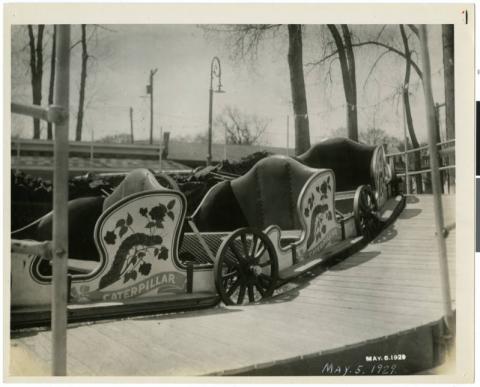 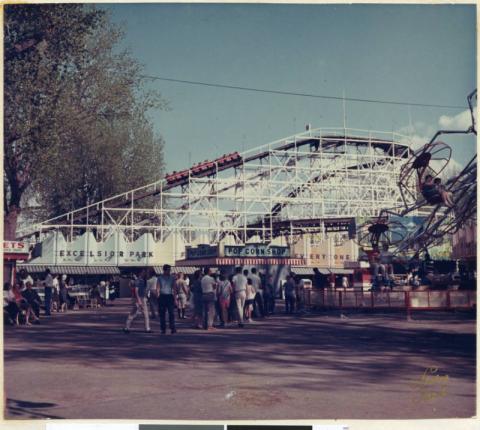 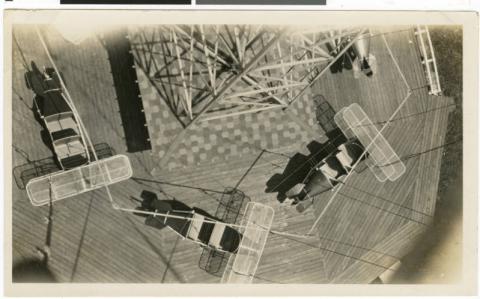 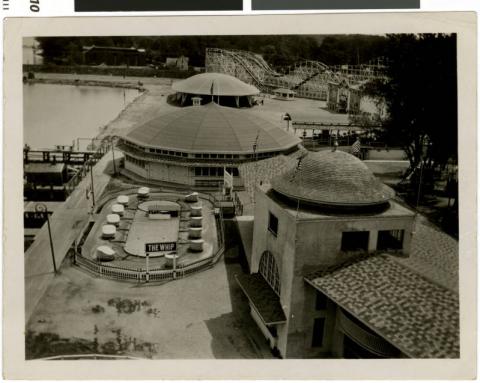 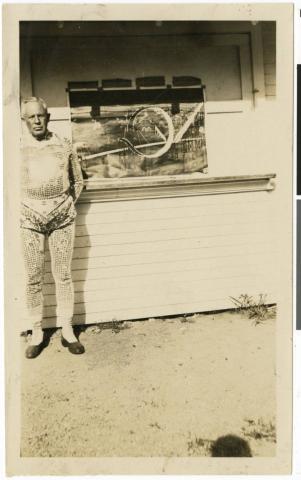 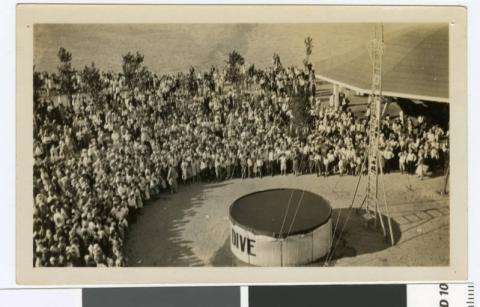 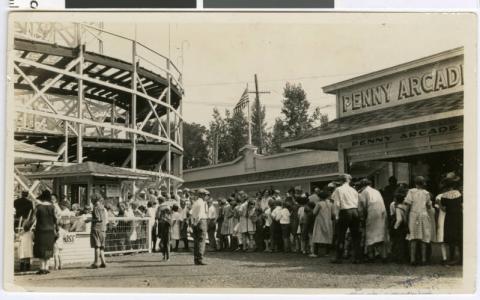 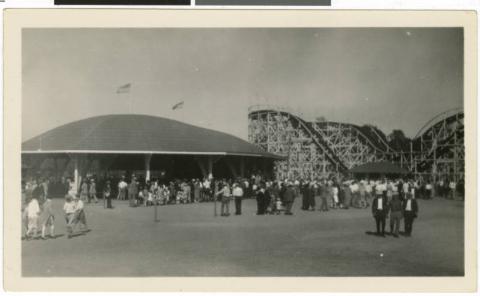 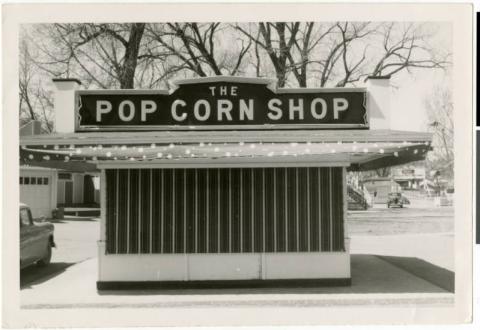 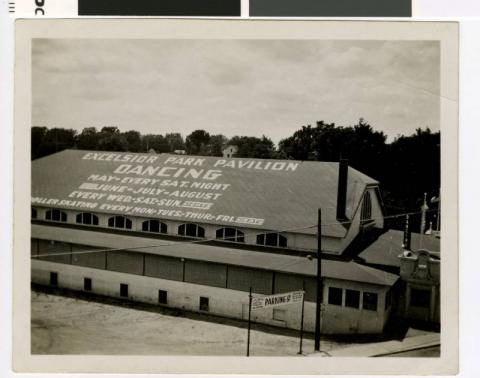 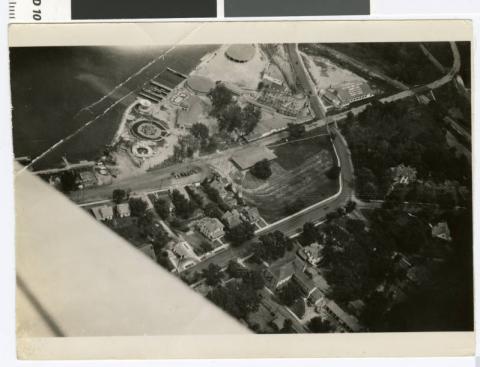 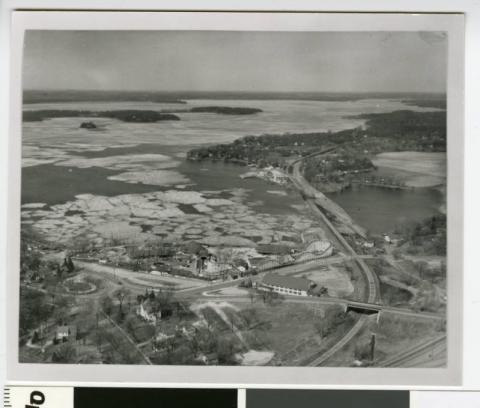 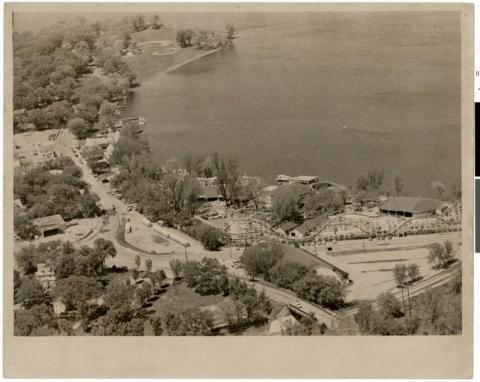 1. Look at how many photographs have the Roller Coaster ride in them. The roller coaster at Excelsior was a half mile in track length and reached a height of 65 feet. Do you think it deserved the nickname “King of the Midway”? Do you think Roller Coasters are still big attractions at today’s Amusement Parks? Would this one seem thrilling or scary to you today? Why or why not?

2. Look at the aerial photographs from 1925, 1943, and the photograph dated 1960-1970. One of the reasons given for the Park’s closing in 1973 was limited space and no place to expand. What are the biggest changes you notice over the years? Do you agree or disagree with the reason of limited space to expand?

3. Excelsior Amusement Park was a “Free Gate” park vs. a “Pay Gate”, which meant that there was no admission fee to get into the park. People pay per ride and for any food from the concession stands. Entertainment acts were usually free. A “Pay Gate” has a fee at the gate but then the rides and entertainment are all free. Food, however, is usually still an extra cost. Why do you think Excelsior was a “Free Gate” park? Can you think of any parks today that are “Free Gate” vs “Pay Gate” parks? Which do you think is better for the parks and the visitors? Why?

4. The Twin Cities Rapid Transit Company (TCRT) was looking for a way to get more economic benefit from their rails. Entertainment destinations at the end of lines were a popular idea. How did these “destinations” help the railway companies? Can you name at least one end of the line destination for the light rail train system in the Twin Cities today?

5. The Excelsior Amusement Park survived the Great Depression and remained open to visitors. What do you think contributed to their continued success despite general economic hard times of the 1930s?

6. What do you think happened to all the rides after the park closed? What would you have done?

7. Research the other amusement parks that have operated or are still operating in the Minneapolis/St. Paul area. Pick a park and try to find more information about it to share with the class.

10. Think about the rides and the shows you might have seen on a typical day at the Park. Think about what you would have done if you had visited the park in the 1940s or 1950s. Write a diary entry or a letter to a friend about your day at the Excelsior Amusement Park.